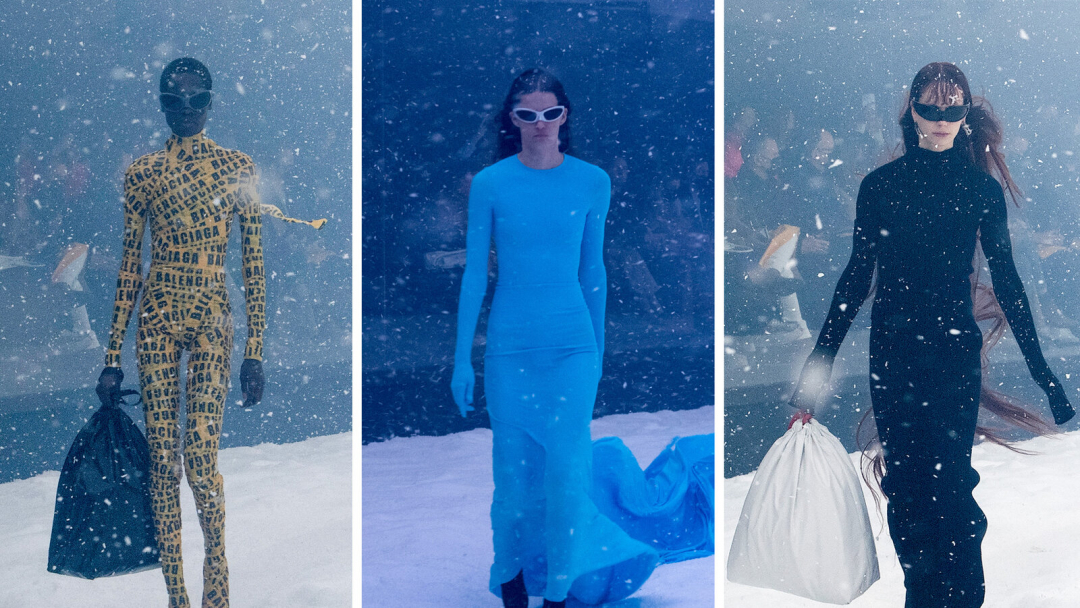 Fashion Show Balenciaga Autumn Winter 2022 / 2023. Without a doubt, the Balenciaga fashion show at Paris Fashion Week was the most impressive in history. This Spanish luxury house knew how to steal the show by presenting an epic and very personal runway. Which also became the perfect moment to send a message to Ukraine.

In fact, in an interview offered by Demma on the same day of the show, he expressed that for him, fashion somehow did not matter at the moment. The Balenciaga Fashion Show took place in Paris when a decisive war was taking place in Ukraine.

The reality is that this fashion show has been striking. Both for the present audience and those who have had the opportunity to appreciate it digitally. Therefore, we will mention the most important factors of that shocking day:

The most epic show was in charge of the fashion firm Balenciaga. Before the icy lights and snow were part of the stage located inside Le Bourget, Demma decided to recite a poem in Ukrainian and through loudspeakers.

According to its translation, the poem to Ukraine spoke of being strong. Focusing on love and their children, who were in charge of protecting the country. The important thing is that the message of this poem has been able to reach the people who should understand it.

Similarly, a t-shirt dyed in the colors of the Ukrainian flag, blue and yellow, was placed on each of the seats. Along with the t-shirts was a written statement explaining how he had made the decision to continue with the show. Despite the present evil that has weighed him down so much.

Demna, 30 years ago, when he was just 10 years old, had to flee with his family from his native Georgia. After the local separatists linked to Russia claimed those lands.

To begin with, on the snow-packed catwalk, half-naked models can be seen in garments that maintain a throwaway air. However, elements that are part of Balenciaga’s memories were also added.

As for the accessories, the bags that resembled cloth sacks attracted attention since they were tied with cords. Similarly, the floral dresses that evoke the reuse of old fabric or upholstery looked great.

But this was not all. Since the closer the night and the wind became stronger, the evening dresses with tails that moved from one side to the other appeared.

Similarly, the construction of trench coats with a very light texture was carried out to compress the models’ pockets. Likewise, it was also possible to detail the creation of a jumpsuit with a yellow ribbon wrapped around the body. As a curious fact, Kim Kardashian was in the audience. And she was wearing an identical piece and commented that it took 30 minutes to paste said piece in the morning.

During the Balenciaga Fall Winter 2022 / 2023 Fashion Show, Demma smiled as he commented that as a child, he played with the ribs at home and adhesives and was scolded for doing so. So, this could be a moment of revenge.

In addition, he added that he wanted to add elements to the collection that was less bourgeois and less upper class. Referring to an embroidered fur coat, also wrapped in the adhesive. With this, Demma breaks the stereotype of seeing a wealthy lady walking through an exclusive area. He liked that because it allowed him to add an element that could break the silhouette to recontextualize it.

Demma Gvasalia’s professional expertise is indisputable. And at a time like this, only he could create a show that has stolen the gaze of thousands of people worldwide. Demma commented that he could be seen walking the trails when 30 years ago, he walked the shelters with other children and his parents.

Saying this, he couldn’t hold back his tears. Since being in his show that day was moving, if he could have recreated that path, he would have. However, it was difficult to explain.

For Dema, “Only innocent people die in war,” which is how he could live it 30 years ago. That is why in recent days when reading the news, he could not avoid the pain of seeing this war, so I invite the message of love always to be present.

Therefore, fashion must also be a promoter of this message or take a position on it.

The Balenciaga show has been a great example.

Undoubtedly, the Balenciaga runway has been an example of how important the context becomes for a staging like this. Learning Demma’s story through social networks has been an epic experience. It was also a crucial moment to give way to this season full of contrasts for fashion and events in the world around us.

Just as Demma said, “For me, fashion somehow doesn’t matter right now.” And this was made very clear at this Balenciaga Fall Winter 2022 / 2023 Fashion Show. 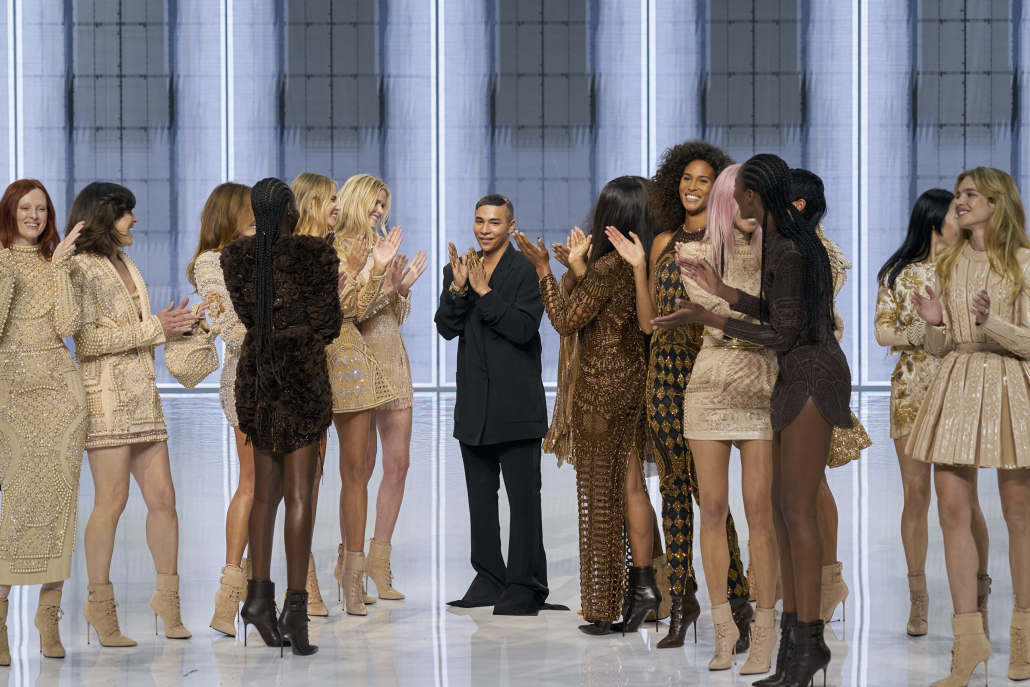 All about Valentino’s 2021 fashion show 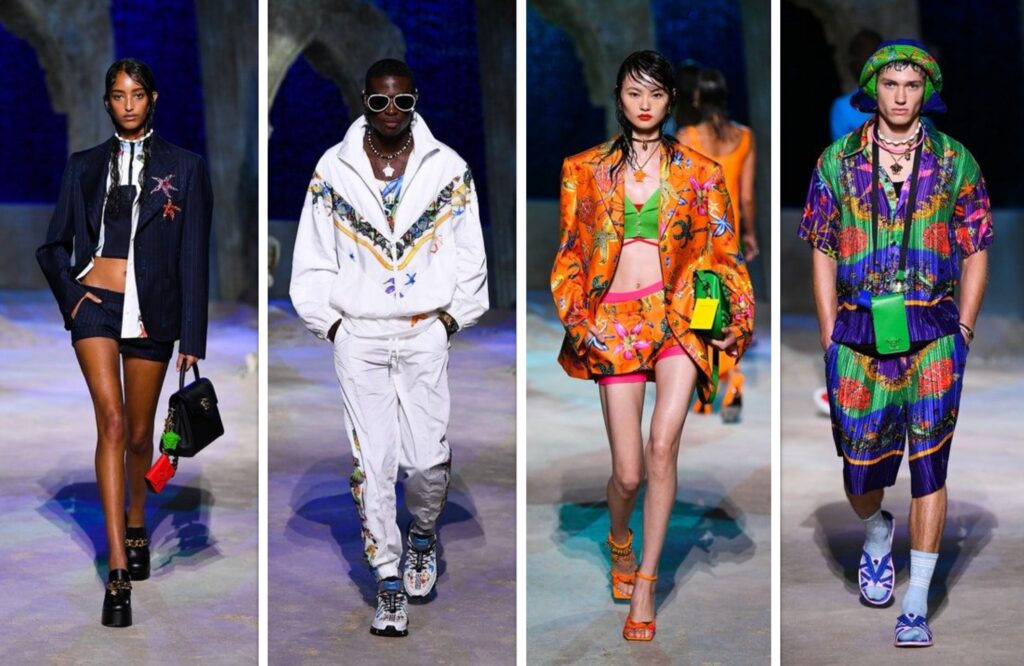 Everything great about Versace’s 2021 Fashion Show 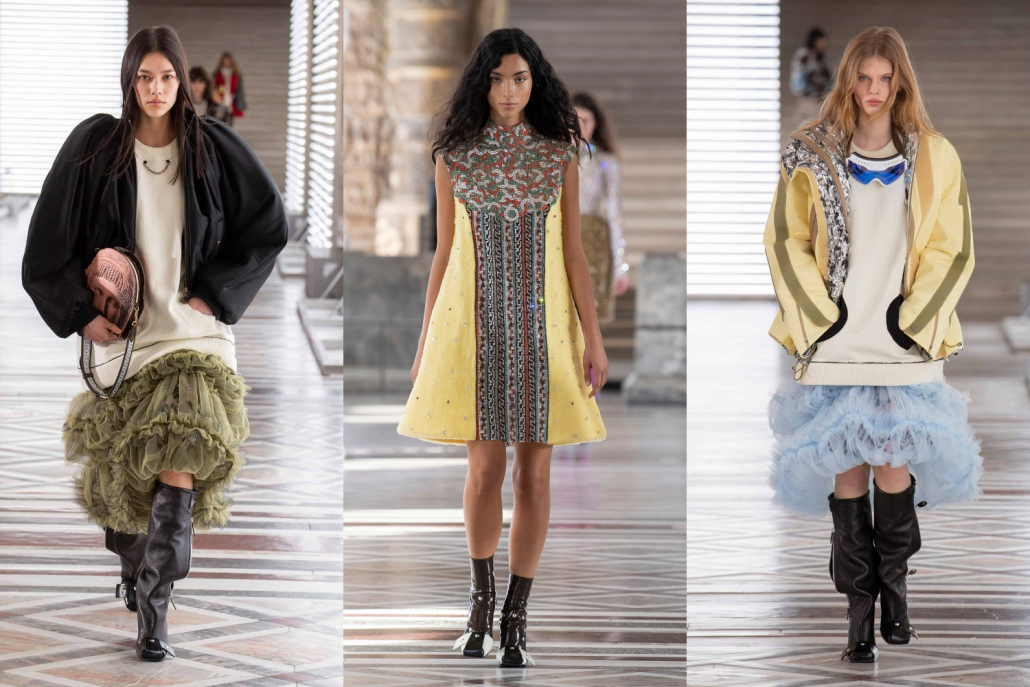 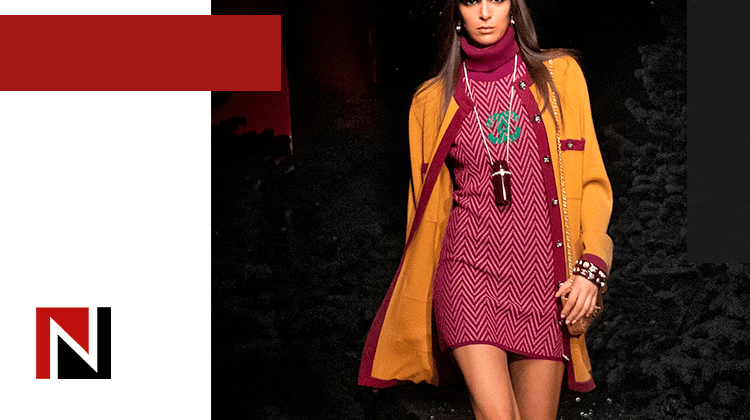 Everything about Chanel’s 2021 Fashion Show
0 replies