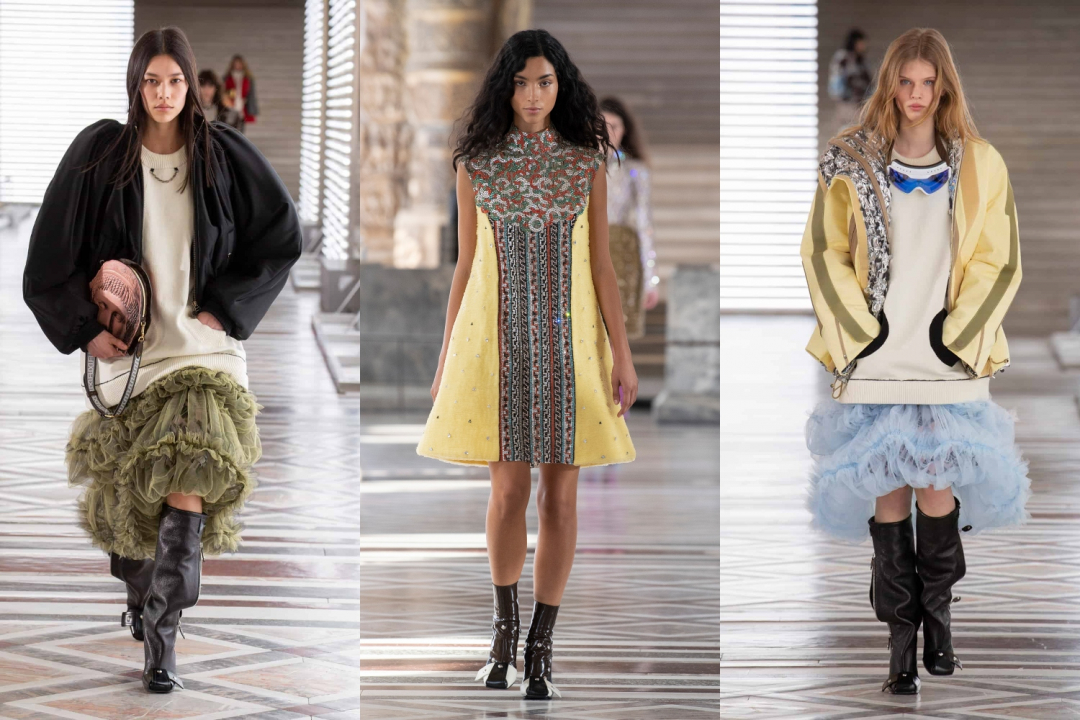 Inside the 2021 Louis Vuitton Chic Fashion Show. After presenting its fall/winter collection Louis Vuitton has made once again something very clear. Why everyone considers it one of the most important luxury brands in the world. The new reality brought by the pandemic did not put down the spirit of Nicolás Ghesquière, who is the current director of this brand and has maintained the mutualism of the past and the present of it.

On this occasion, the brand’s creative engine goal was to give a simple appearance full of experiments. That resulted in a collection that stick out to trends. In the same way, the concept that they chose for this show was based on “trips without leaving home”. Since for Ghesquière, this is a journey that you could live from fashion and mind. As well as those made these last two years.

In fact, for the creative director of the Louis Vuitton brand, Ghesquière, it´s not necessary to live a faraway adventure to get the impression that you are traveling. And this claim was made on the Louvre Museum, the house that dressed up for this autumn/winter collection show.

In this collection, it was possible to notice a nomadic spirit removed from the common clichés of the brand. That´s why instead of going for brown colors or earth tones, the protagonists of this collection were the light blues.

Also, instead of including clothing with fringes, more linear elements were chosen to show the creative director’s futuristic vision. That´s why in most of the clothing pieces, we could also see extremely marked volumes taken out from relevant styling patterns.

This is because according to the nomadic stereotype, in the garments the greatest number of layers should prevail on the body so that the luggage is lighter.

Following this, this characteristic has not been the only one that has managed to attract attention on this runway. To form different types of looks, you could also see wonderful tulle skirts in pastel colors on the catwalk. As well as wide jackets made to highlight the shoulders and sweatshirts.

And to this connection between past and present that identifies the brand had not gone unnoticed, they prepared something special. For during the closing of the catwalk show, the models wore tall, wrinkled boots.

The mix that we saw during the Louis Vuitton fashion show of its autumn/winter collection has been very daring. In turn, it was also possible to see how every detail was well taken care of. Especially when including opposite elements in the same look and making the dichotomy between formal and casual work.

In these different types of combinations, the most striking garments have been the gorpcore vests with balloon skirts that ended just below the knee. And, the boots that were a complement to the outfits made up of textured sweaters.

Thanks to these fascinating combinations, the models were able to keep a powerful figure drawn. They also highlighted their shoulders and back when they walked out with embroidered tops, deconstructed bomber jackets, and pants.

These garments, apart from being inspired with a casual goal, have been inspired on the basic pyramid of the brand. So, the creative director focused on achieving a good body position throughout the show.

The variety of fabrics has also been one of the most relevant characteristics during this fall-winter Vuitton fashion show. Indeed, they were able to achieve an inescapable tactile impression. All of that thanks to the tulle skirts, short woolen coats, metallic embroidery, and patterned teddy.

But the list does not end here. Since the different types of fabrics also made an important appearance in the short dresses. Which had a metallic thread embroidery with details of Greco-Roman borders on the neck. This aesthetic, for Louis Vuitton, has been an aesthetic with an indisputable primacy.

Ghesquière conceived this proposal considering different details of historical times. And, has determined it as an odyssey where the conquest of the body, the heart, and the mind are protagonists and show their functional elegance. In the same way, he has ensured that he is right. Since for him, elegance can be functional, and we can find it both in sport and in the more formal. Also, you can find it in garments made with these two visions. As was the case of the short and straight dresses with the embroidered chest area.

Dresses were one of the garments that managed to captivate the most at the Louis Vuitton 2021-2022 fashion show. Especially because of the collaboration with Fornasetti, for the manufacture of luxury and classic bags. Which was inspired by the Greco-Roman universe that could be known by this sculptor and painter of Italian origin.

That is why Ghesquière has said that thanks to this collaboration. And said there had been possible to evoke pieces that represent continuity in modernity in Fornasetti’s artistic universe.

If there is one word that can define what the Louis Vuitton 2021 fall/winter collection fashion show was, it´s creativity. All thanks to the creative director of this brand. Who, as a designer has always felt that interest in evoking the past, present, and future in clothing simultaneously.

Therefore, this is probably not the first time that you can see this fusion between different eras to continue showing the audience collections of great seasons. 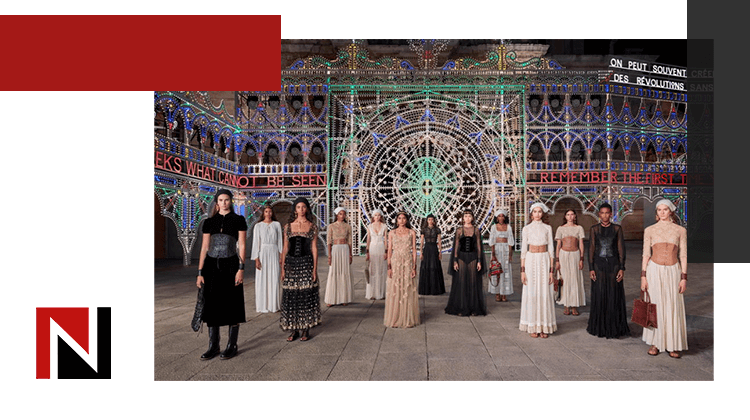 How Dior overcame the pandemic to offer the most luxurious experience 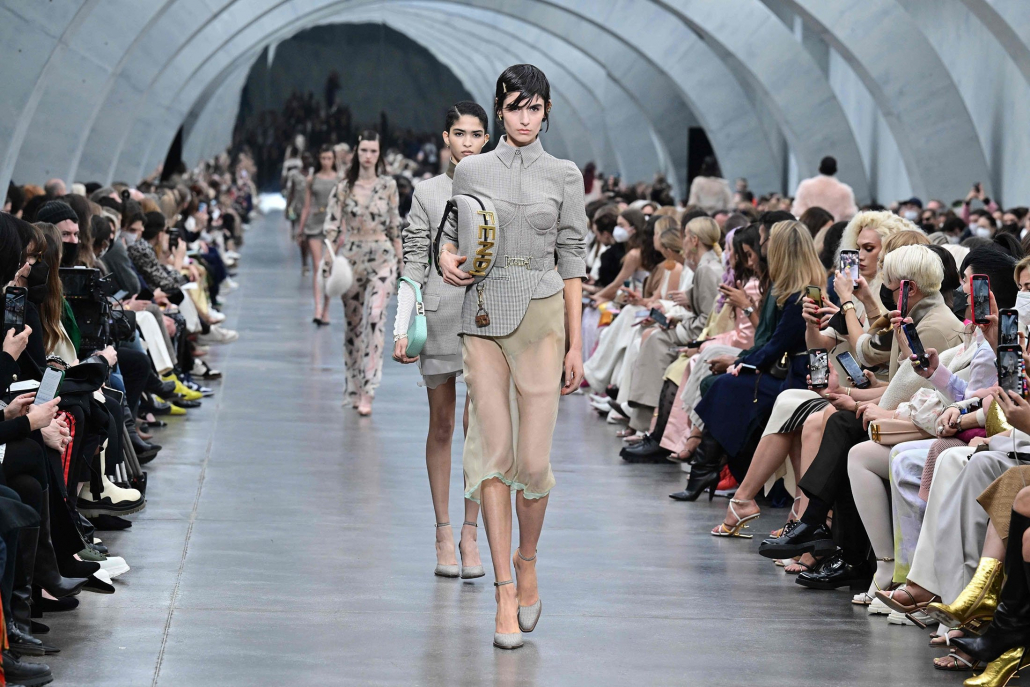 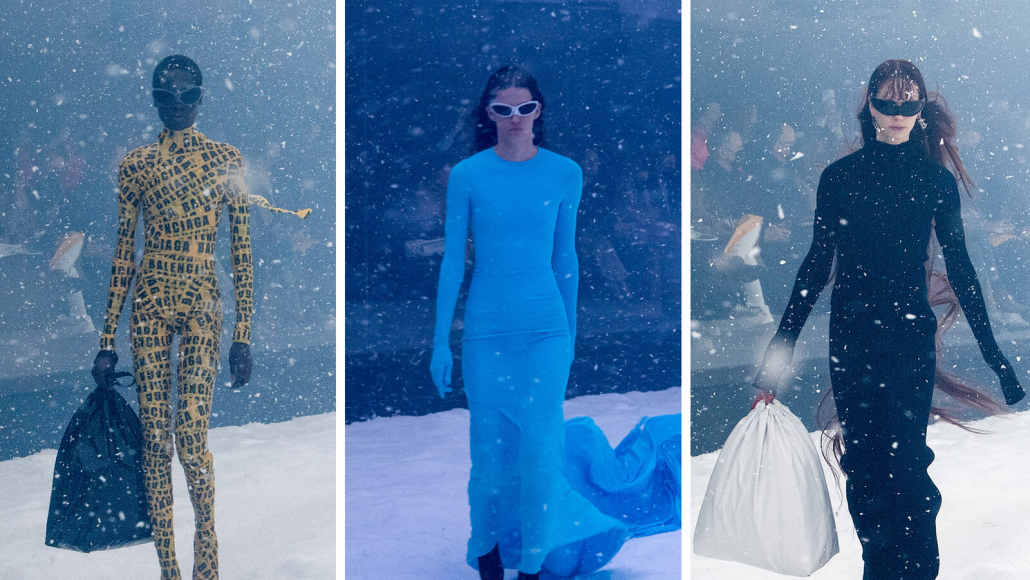 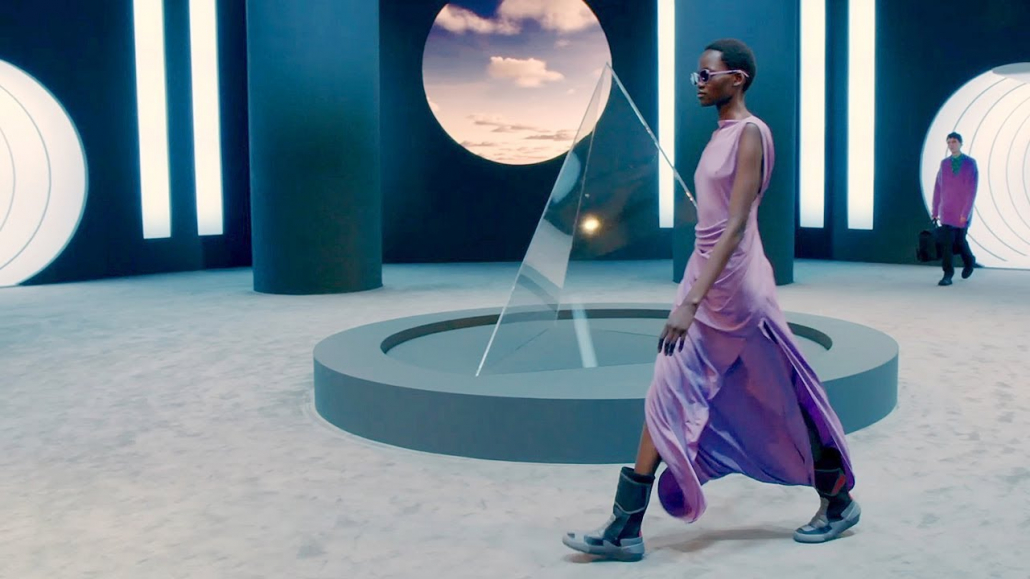 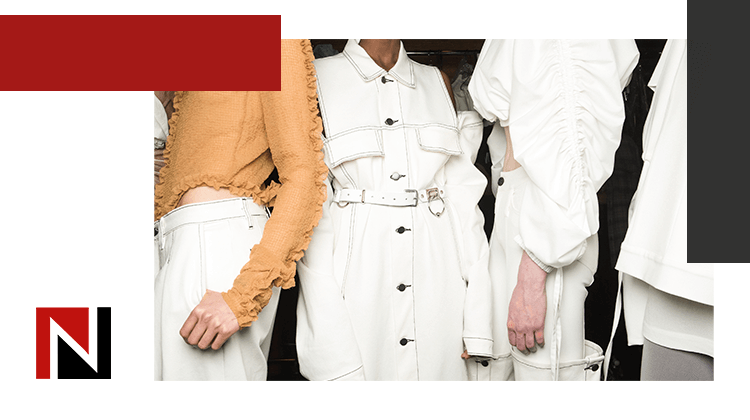